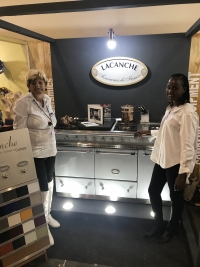 Lacanche was out in force this year at Design Joburg, featuring a Cluny 1400D in earthenware grey with a traditional hob and mutli cooker. We were so pleased to see so many current customers as well as make so many new friends. The show featured all of South Africa's top design trends and products to make any home the envy of others. We were so pleased to be a part of this exciting event and look forward to seeing you next year!

Did you catch us at this year's show?

Hot off the Press - Out September Ads!

Ads to be featured in Conde Nast and SA Home Owner

Catch a glimpse of our Sepember 2016 ads to be featured in local magazines.

The palette of Lacanche kitchen ranges has grown, with three new enamel colours:

From now on you can choose from 20 glowing enamel shades.

> View all the colours in the configurator 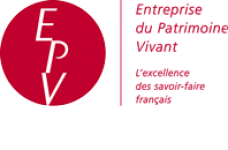 The excellence of French expertise

Lacanche has been awarded the designation EPV (Entreprise du Patrimoine Vivant) or Living Heritage Company by the Ministry of the Economy and Industry, an honour created in order to single out French companies displaying unique craft skills and manufacturing excellence.

> Find out more about Lacanche 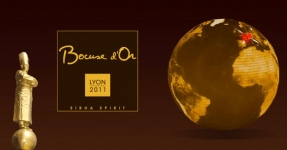 Lacanche was involved in the 2011 Bocuse d’Or, the world cookery contest which culminated in Danish chef Rasmus Kofoed being declared the winner.

Since 1987, this contest pits 24 chefs, winners of preliminary tests on each continent across the world, against each other. It takes place at Eurexpo, near Lyon, at the same time as Sirha (Salon International de la Restauration, de l’Hôtellerie et de l’Alimentation), the international hotels, restaurants and catering exhibition, in January every two years. An international jury of prestigious chefs chooses the winner after having seen, tested and awarded marks to two dishes, one meat and one fish, presented by each candidate.
The list of winners has brought to the attention of the public French chefs who have since gone down in the history of gastronomy: Jacky Fréon (Bocuse d’Or 1987), Michel Roth (Bocuse d’Or 1991), Régis Marcon (Bocuse d’Or 1995), Yannick Alléno (Bocuse d’argent 1999), François Adamski (Bocuse d’Or 2001), Serge Vieira (Bocuse d’Or 2005) and Fabrice Desvignes (Bocuse d’Or 2007).

Benjamin Rousseaux is an artist and an ardent Lacanche fan. His recipes are an ode to the culinary art.

LACANCHE INTERNATIONAL I LEGAL I SITE MAP | EMAIL SIGN UP